STATEMENT
An experimental exploration and celebration of the Juggalo subculture in Buffalo, New York. Surreal scenes shot in long and static takes of Juggalos engaged in their favorite activities, first and foremost of which - causing mayhem. Among these seemingly random acts of the everyday, preening, backyard wrestling, explosions and destruction, a tentative narrative begins to emerge.

BUFFALO JUGGALOS tumblr is a connected project that profiles members of the local scene with photographs and interviews.

BUFFALO JUGGALOS is supported by The Jerome Foundation and Fractured Atlas

a film by Scott Cummings in collaboration with the Buffalo/Niagara Juggalo community.
produced by Molly Gandour, Shrihari Sathe and Eliza Hittman
cinematography by Nandan Rao
production design by James Boxer 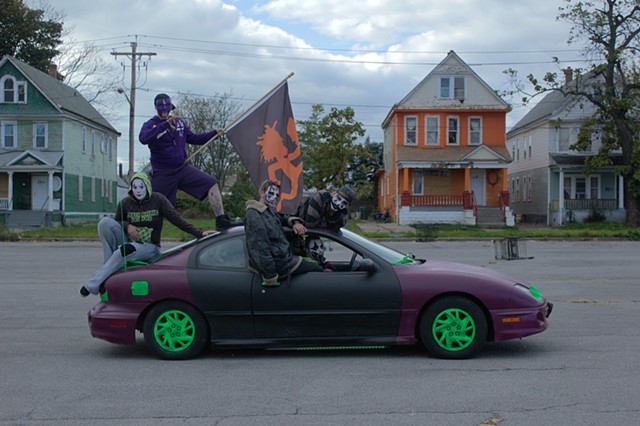